Home Protect Yourself from Defaulting Subcontractors with Pinnacle Surety 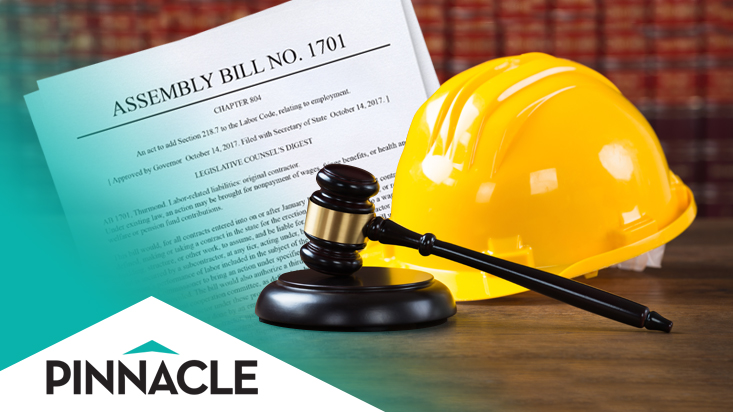 Protect Yourself from Defaulting Subcontractors with Pinnacle Surety 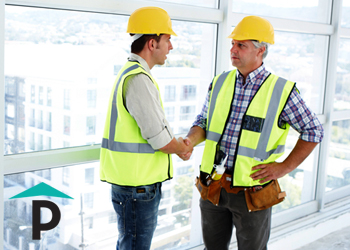 Under A.B. 1701, workers who are not paid in full by their subcontractor employers have a new cause of action directly against the general contractor for those unpaid salaries. The main problem with this new legislation is that it could force the general contractor to pay for work twice. That is because they will often hand over enough cash to subcontractors to pay their workers. If that company or individual fails to do so, the general contractor might have to pay again following a court ruling. As you can see from this information, there is a reasonable chance these new rules are going to cause havoc for organizations in many different industries. 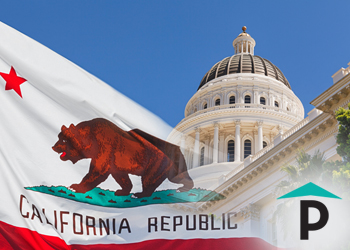 Private attorneys and the state can enforce the law, and we’ve already seen multiple instances of that happening. As you would expect, the general contractor usually ends up covering the legal fees if they lose in the courtroom. That’s terrible news because that individual or company is already being forced to pay for the work twice. Adding legal charges to that bill could be the final nail in the coffin for some businesses teetering on the edge. Workers have twelve months to pursue their claim, and so it’s even possible that some general contractors will face unexpected legal letters months after they thought they finished the job. 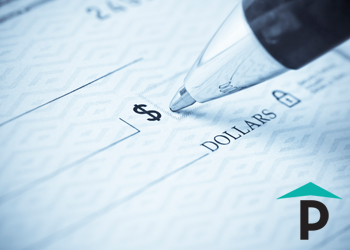 The law applies to both wages and fringe benefits, and it went into effect on January 1st, 2018. Lots of organizations oppose A.B. 1701 including the California Building Industry Association who did their utmost to submit complaints and highlight the problems will the bill. The California Building Industry Association see the legislation as an attempt to hold an innocent general contractor liable for the violations of their subcontractors. And let’s face it. That’s what it is!

The BIA knows that the new rules will damage the construction industry and put many thriving companies out of business during the next few years. That is especially the case if general contractors fail to research their options and identify the best measures of protecting themselves. The non-bonded private works arena looks set to take the full force of the impact of these new rules. That is because the general contractor now has to guarantee the wages of their subcontractor’s workers. Madness, right?

How can a contractor protect itself from these liabilities?

General contractors who wish to secure their operation and ensure they don’t end up paying for work twice just need to ask their subcontractors to post both payment bonds and performance bonds. The bonds protect the general contractor and ensure that in the event the subcontractor is not paying its workers, there is money in the pot to deal with the backlash. In instances where the subcontractor is unable to bond, company bosses are advised to ask for some form of security to guarantee the wages of their workers. Trust deeds and letters of credit are better than nothing.

It’s also sensible for general contractors to take a keen interest in monitoring their subcontractor’s payment info. Make sure the operation is above board, and the business meets all it’s obligations when it comes to regulations and union agreements. Utilize all available tools to ensure that you protect your venture as much as possible and only deal with the most reputable subcontractors on the market right now.

Safeguard yourself with Pinnacle Surety

Pinnacle Surety can assist with the process of selling contract bonds to subcontractors to protect general contractors against the new legislation that could cause significant issues for even the most established brands. These bonds help to ensure the general contractor gets a guarantee from the subcontractor regarding their payment of workers. If for any reason, the subcontractor fails to submit wage payments to their laborers, the bonds will provide some support and ensure the business owner doesn’t end up having to reach into their pocket twice due to someone’s else’s error or mistake.

Assembly Bill 1701 is in full swing at the moment, and lots of construction industry giants are shaking in their boots while waiting for the first claim to land on their desks. Make sure you don’t place your business at risk. Get in touch with us today and learn more about contract bonds. When all’s said and done, contract bonds could mean the difference between you making a small fortune this year and ending up on the unemployment line. So, don’t wait until it’s too late and you find yourself stood before a judge while handing out vast sums of cash. Be smart! Get in touch with Pinnacle Surety today and let us show you how it’s possible to work around the new legislation that is causing headaches for so many.

While Assembly Bill 1701 is unwelcomed by most general contractors, it doesn’t have to create problems for you.